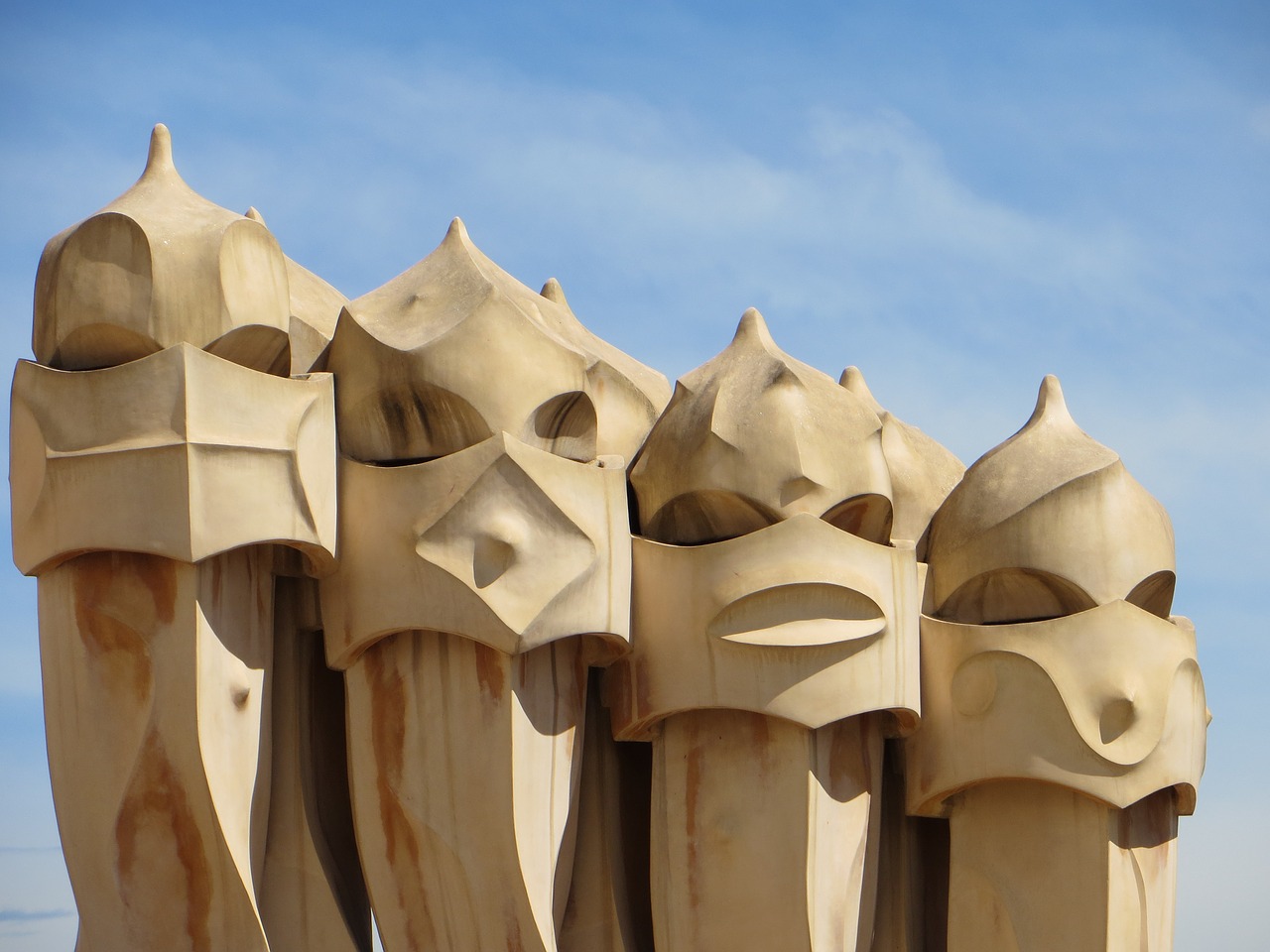 Casa Milà, popularly known as «La Pedrera», an ironic allusion to the resemblance of its façade to an open quarry, was constructed between 1906 and 1912 by Antoni Gaudí.  For its uniqueness, artistic and heritage value have received major recognition and in 1984 was inscribed on UNESCO World Heritage List, for its exceptional universal value.

Nowadays it is the headquarters of Catalunya-La Pedrera Foundation and houses a cultural center that is a reference point in Barcelona for the range of activities it organizes and the different spaces for exhibitions and other public uses it contains.

The Casa Milà got the nickname «Quarry» however, because of the unusual construction. The large stone slabs were first mounted to the facade and then processed by the craftsmen. The city of Barcelona announced right after the completion that the Casa Milà was a work of art. Groundbreaking was also the construction, that Gaudí used. The house has a natural ventilation system, which makes air conditioning unnecessary and in Gaudi’s plans were provided with an elevator, however the elevator wasn’t built in the building until much later. You can move the interior walls. A concrete-steel construction, which requires no load-bearing walls makes this possible.

Casa Milà today is a beacon shining with creation and knowledge, a great container full of content, which has a crucial role to play in the transformation of society and commitment to the people.

Casa Milà was built as two apartment blocks with independent entrances linked by two large inner courtyards and a sinuous common façade that conveys the rhythm of the interior. The structure of the house is made of pillars and contains an open plan floor with large openings on the façade. The building marked a break with the architectural language of Gaudí’s work in terms of innovation in both the functional aspects and the constructive and ornamental ones.

Open to the public are the hallway, the grand indoor patio, a floor completely filled with furniture designed by the architect and the terrace with several phantasmagoric chimneys, known as espantabrujas, inspired by the landscapes of the Turkish Cappadocia . From here there is beautiful view of the city.

One can also visit the so called Espacio Gaudí, in the attic, that was previously a launderette, with 270 plain brick catenary arcs that create a structure that appears like a skeleton with curious perspectives. Here there is a small museum where models of all of Gaudis´ buildings are on show as well as photographs, designs and audiovisual presentations on the life and work of the architect.