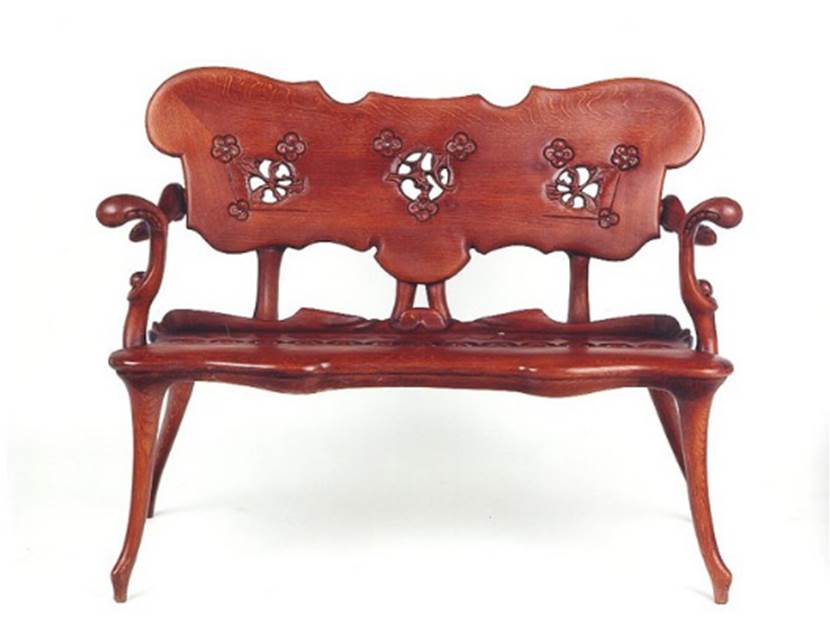 Gaudí was an all-round artist. He didn’t see architecture as separate from other art forms and that’s why, in addition to being an innovative architect, was also an expert in ceramics, a great blacksmith, an excellent interior designer and a magnificent sculptor. He firmly believed that nature held the key to everything and for him, beauty and functionality went hand in hand.

The perfection that characterizes Gaudi’s architectural work can also be seen in his furniture. It was a precursor of ergonomic and industrial design and, as a fervent believer that nature holds the key to all perfection; he studied the human body to create furniture that fit our anatomy, always seeking out the simplest, most comfortable option for the user.

His chairs seem shaped from the mark we leave when we sit down and seek out rounded forms that fit the human form. Likewise, he disregarded any reference to style to focus exclusively on form, emphasizing the grain and texture of the wod.

His first design dates back to 1878, just after finishing his degree, and was for his own desk. His early works are marked by their structural and formal references to eclecticism and neo-gothic style. The furniture of the Chapel Mausuleum Sobrellano (1878-1881) is a good example of these creations, with a chair combining red velvet, metal legs and carefully carved walnut. The chairs from Palacio Güell and the upholstered armchairs from the main floor of Casa Calvet reflect the fastidiousness of their owners. The chaise-lounge from Palacio Güell, made of wood, iron and golden velvet, features a great wealth of details and was inspired by those from the Second French Empire.

The evolution of his furniture culminated with the pieces for the office and storeroom at Casa Calvet and the armchairs for Casa Batlló. Progressively, Gaudí began getting rid of the ornate decorative elements to highlight the form and raw materials. Each piece is a work of art with its own personality. Nevertheless, they all work together to make up the set of furnishings as a whole, fitting the space for which they were intended. More than functional objects, Gaudí created sculptures, organic pieces that were at times abstract and in many cases ahead of the surrealist lines and themes that would be seen in the following decades.

Initially, Gaudí designed the furnishings for Casa Batlló with anatomical differences between the chairs for women and those for men. Plus, his original proposals also allowed users to sit in different positions. Amalia Godó, however, was firmly against these designs and they ended up being unisex.