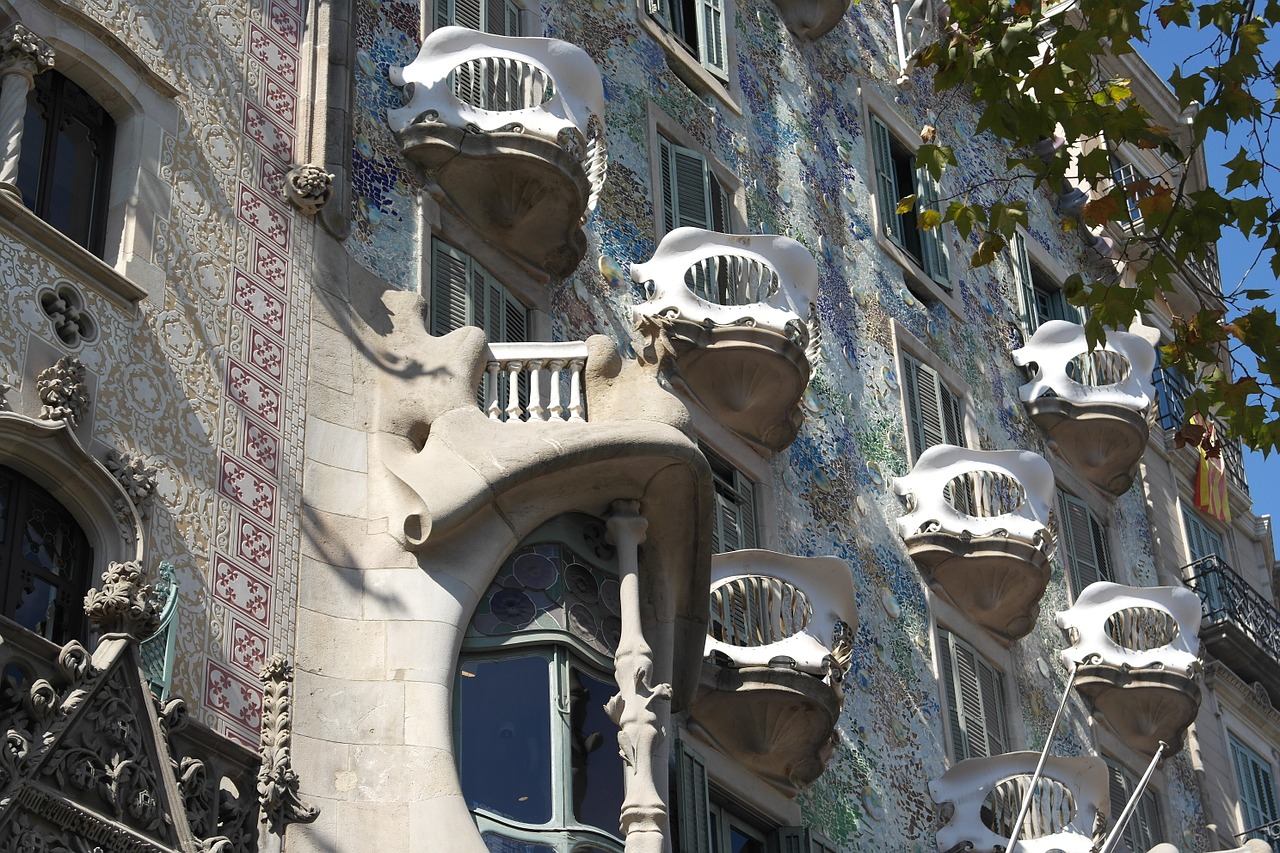 A masterpiece of light, colour and shapes, Casa Batlló is now consolidated as an exceptional artistic creation ready to take on, with the greatest responsibility, the task of identifying resources and methodologies to preserve and share the architectural legacy of Antoni Gaudí.

Casa Batlló, built between 1904 and 1906 in the heart of the city, is the most emblematic work of the brilliant Catalan architect.

Gaudí gave Casa Batlló a facade that is original, fantastical and full of imagination. He replaced the original facade with a new composition of stone and glass. He ordered the external walls to be redesigned to give them a wavy shape, which was then plastered with lime mortar and covered with a mosaic of fragments of coloured glass and ceramic discs.
At the top of the facade, the roof is in the shape of an animal’s back with large iridescent scales. The spine which forms the ornamental top is composed of huge spherical pieces of masonry in colours which change as you move along the roof-tree from one end to the other.

The balcony railings in the shape of masks are made of wrought iron cast in a single piece and are secured by two anchor points in such a way that the balconies partly project outwards.

As a whole, the facade is a joyful and allegorical representation, full of organic elements and colours and charged with symbolism, a wonderful spectacle in the city which inspires the most sublime sentiments in all those who gaze upon it. The house is a dialogue between light and colour.

The building consists of a ground floor, a main floor with a courtyard, four further self-contained floors, a loft and a roof terrace. There is private access to the noble floor (the main floor), and a communal stairwell set within the building well which has been expanded and artistically tiled as though it were part of the exterior facade. The Coach Houses are accessed from the street, at street level, and these occupy the area below the courtyard of the Noble Floor, and from here you gain access to the Coal Cellars below.

In total, the house has a surface area of more than 5,000 m². The front of the building looks out onto Passeig de Gràcia, and the back faces the inner courtyard of the building.

The building opened its doors to the public in 2002 in celebration of the International Year of Gaudí and to reveal all of the hidden secrets of its interior. Today, 14 years on, it is proclaimed to be one of the most admired icons in the city of Barcelona, as well as being recognized as one of the most effective historic sites in terms of sustainable management.

The Park Güell, over a hundred years of history