The Park Güell, over a hundred years of history 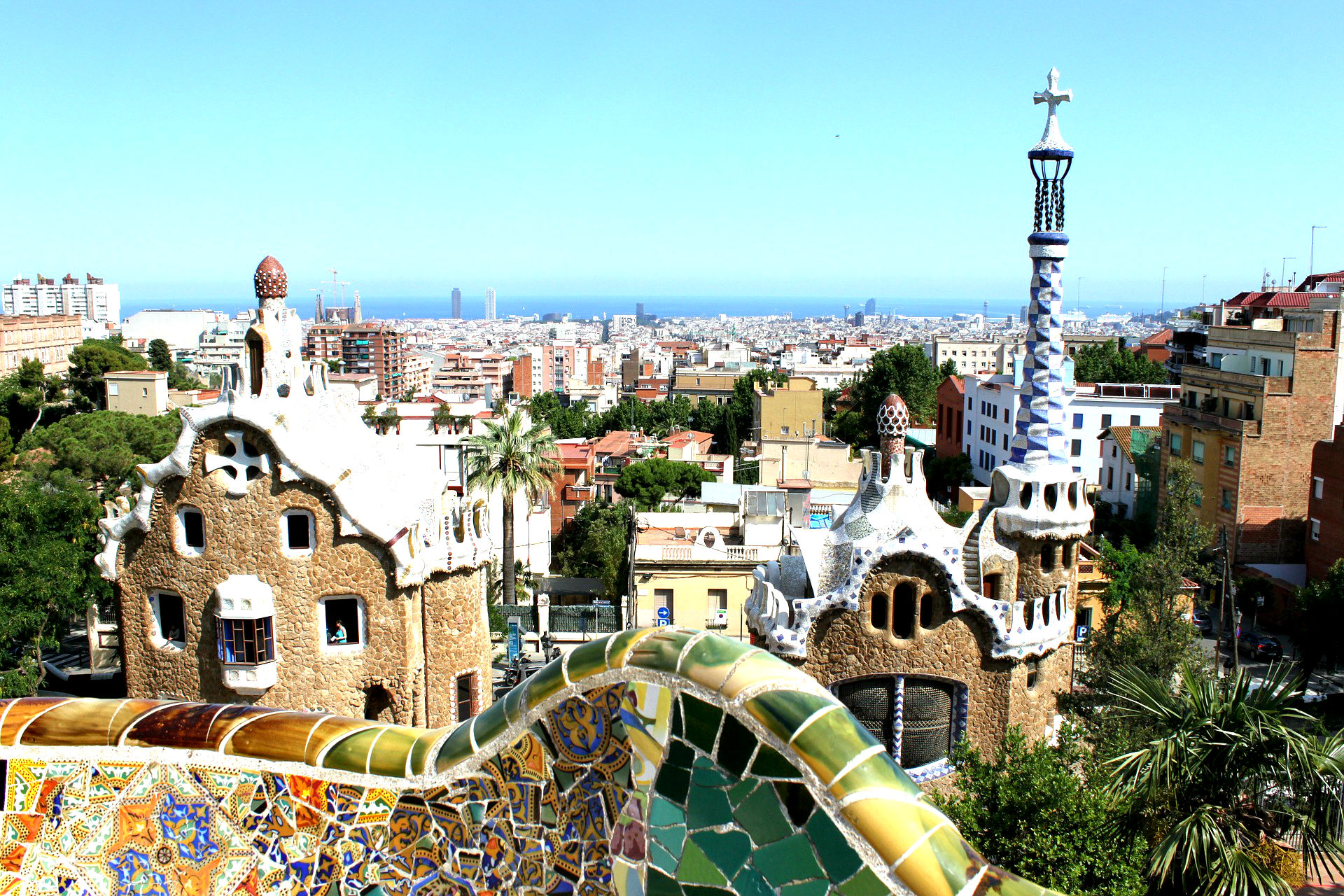 Eusebi Güell gave Gaudí the assignment of drawing up plans for developing an estate for well-off families on a large property he had acquired in the zone known popularly as the Muntanya Pelada (bare mountain).

Its location was unbeatable, in a healthy setting and with splendid views over the sea and the Plain of Barcelona. Allowance was made for some 60 triangular-shaped plots on the estate, with a complex network of paths, viaducts and steps to cope with the lie of the land.

Güell wanted to recreate the British residential parks, which is why he named it Park Güell, in English.

October 1900 saw the start of work on dividing the site into levels, with building work proceeding at a good pace. On 4 January 1903, a description published in the Anuari de l’Associació d’Arquitectes (Association of Architects Year Book) noted that the two entrance pavilions had been constructed, as well as the main flight of steps, the shelter for horse-drawn carriages, the outer enclosure, the viaducts and part of the great esplanade, together with the water evacuation system. By 1907 events were already being held in the great square, from which we know that the hypostyle room was entirely covered by then, while the tiled bench running around it was completed in 1914.

The first person to buy a plot in the Park, in 1902, was a friend of Güell, lawyer Martí Trias i Domènech, who commissioned architect Juli Batllevell with building his villa.

Gaudí himself moved there in 1906 to live with his father and niece.

Shortly afterwards, in 1907, Eusebi Güell converted the old mansion (Casa Larrard), that was already there when he bought the site for development, into his usual residence. Over those years, a large number of civic events were held in the great square, with the owner’s approval.

The complex conditions for sale of the plots, under old emphyteusis (lifetime leasehold) contracts, the lack of a suitable transport system and the highly exclusive character of the development all made it unviable. A lack of buyers led to the works being abandoned in 1914, with only two of the sixty houses envisaged having been built. The park thus became a large private garden, which Güell allowed to be used for public events, while it began to appear in tourist guides to Barcelona as one of the attractions of the city.

Eusebi Güell died at his house in 1918, and his heirs offered the park to the City Council, which agreed to purchase it, at its municipal plenary meeting held on 26 May 1922. It was opened as a municipal park in 1926. The Güell family house was converted into a State school, which was named after the teacher Baldiri Reixac, while the zone to the left of the entrance was turned into a nursery of ornamental flowers for the City Council.

Park Güell thus became a public park much appreciated by Barcelona’s inhabitants, as well as a major focus of attraction for visitors. It was recognized as an artistic monument in 1969 and declared a UNESCO World Heritage Site in 1984.