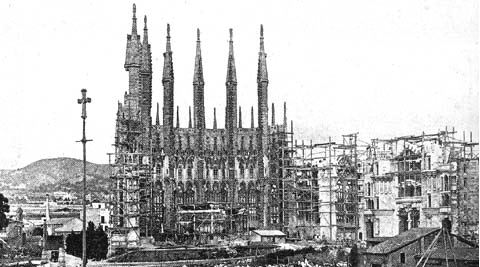 The Expiatory Temple of the Sagrada Familia was an idea of a bookseller, Josep María Bocabella, literate and devoted man who in 1866 founded the Asociación Espiritual de Devotos de San José (Spiritual Association of Devotees of St. Joseph),

whose objective was to achieve, through the protection of St. Joseph, the triumph of the Catholic Church in a time in which the phenomenon of dechristianization was impulsed by the Industrial Revolution and the accompanying social changes.