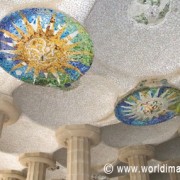 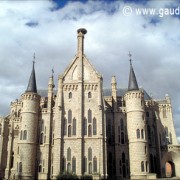 On the 25th of May of 2013, the Pope’s Nuncio in Spain, Renzo Fratini, will inaugurate the events organized on the occasion of the centenary of the Episcopal Palace of Astorga, work of Antonio Gaudí and one of only three monuments that the Catalan architect designed outside of Cataluña. END_OF_DOCUMENT_TOKEN_TO_BE_REPLACED

The Internet search engine Google dedicated its logo or “Doodle” to the day Antoni Gaudí was born, June 26, to mark the 161 anniversary of his birth. END_OF_DOCUMENT_TOKEN_TO_BE_REPLACED